The story of Darrell Lea

If you’ve got a soft spot for sweets, chances are you already know and love Darrell Lea and all of their mouth-watering creations. With a huge range of chocolates and lollies, there is quite literally something for everyone.
This local business has a rich history, which started miles and miles away in 1888 when Harry Lea made the trip from England to Sydney — and so began the Darrell Lea story!
After dabbling in a variety of occupations (including gold prospector and selling fruit and vegetables in Perth), Harry met his wife Esther in 1905. They continued to travel around Australia before in Ceduna in 1915 with their four kids — Maurice, Nona, Montague and Harris. It was here that Harry first became involved in catering, baking and toffee making.
After perfecting their techniques, Harry and Esther moved to Sydney where they first opened a fruit and vegetable shop before switching back to what they loved — confectionary. Their store “King of Sweets” was extremely competitive. While others were selling their chocolates for two or three shillings a half-pound, they sold theirs for one shilling.

In 1927 their fifth and final child was born — their son Darrell. As the confectionary shops continued to expand across Sydney, a new name was born. Harry’s sons, Maurice and Monty set out to register the company name as Levy Brothers, but the clerk commented that it did not sound particularly good. So, he asked, who the young blonde boy was with them. “That’s our brother, Darrell,” came the reply. “Why not name the company after him?” said the clerk. Lea replaced Levy and Darrell Lea was registered as the official company name.

In the height of the depression, the Lea family worked fourteen-hour days, seven days a week to provide fresh and affordable products to their customer base. Even with such long hours and incredibly hard work, the first record of family members earning a wage would not be for another six years, in 1935.

Over the next few decades, new products continued to be invented under the Darrell Lea name — favourites like the Rocklea Road, Coconut Ice, and nougat Easter eggs are still popular today. Well known for their innovation, Darrell Lea is responsible for personalised Easter eggs and their famous black liquorice — which in all honesty, was created after a batch of liquorice went wrong!

By the 1970’s, there were over 500 Darrell Lea retail stores across Australia and slowly their products were being sold within other stores like pharmacies and petrol stations.

Even though they’ve faced enormous struggle and hardship — for example, the a blaze in 1980 which destroyed their NSW factory — Darrell Lea have continued to march ahead and make sustainable changes to their business. They now offer 100% sustainably sourced cocoa and in 2020, were proud to announce that all their products were now 100% palm oil free — a massive project which took over two years to complete.

Now available nationwide and regarded as the largest black liquorice brand in America, Darrell Lea is an incredible local success story — and a brand that we are proud to sell in all our Romeo’s stores.

Head in store or online to shop for the Darrell Lea chocolate and confectionary range today. 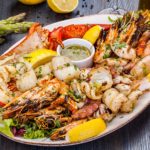 Why we ALL should add more seafood to our diet 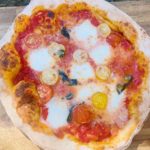 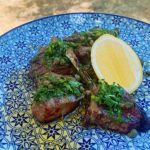