Bega Cheese Limited (Bega) has a long and uniquely Australian history that all started with humble beginnings in dairy when it was founded in 1899.

Australian owned and operated, Bega produces, markets and distributes a wide range of high-quality products for domestic and international markets, including some of Australia’s most iconic and loved food brands and products.

The Bega name stands for quality and integrity and is synonymous with Australian values. Bega continues to focus on its role as the great Australian food company – building a dairy and food business capable of servicing customers and consumers with high quality products from dairy and agriculture regions in Australia.

In January 2021 Bega completed its acquisition of the Lion Dairy & Drinks business, marking the official return of iconic brands like Farmers Union, Pura and Dairy Farmers to Aussie ownership.

When the completion of the acquisition was announced, Bega Cheese’s Chairman Barry Irvin said: “We are delighted to return these iconic brands to Australian hands. This is a great moment for Bega and we couldn’t be more excited for such treasured brands to officially join the Bega family.”

Bega is excited about its future, with its operations growing from eight manufacturing sites across three states to 20 manufacturing sites (plus a joint venture) across six states and one territory – New South Wales, Victoria, Queensland, South Australia, Tasmania, ACT and Western Australia.

“Bega has been working hard to create a great Australian food company, and in addition to acquiring such great brands, we look forward to welcoming a large and talented team into our business,” said Irvin.

In 2017, Bega returned VEGEMITE, a national icon, to Aussie ownership – a move widely celebrated by the nation. Bega is extremely proud of the dairy and grocery business that it is building, which includes household favourites such as VEGEMITE, Bega Peanut Butter, Simply Nuts and its honey range, B honey.

“We hope that Australians are as thrilled as we are that much-loved state-based brands that they’ve grown up with, such as Masters (WA), Farmers Union Iced Coffee (SA) and Big M (Victoria) are again Aussie-owned – these great brands are returning to Aussie ownership for the first time in more than a decade,” added Irvin.

The Dairy and Drinks business, now owned by Bega, was formed through the amalgamation of some of Australia’s most celebrated food and beverage companies. Dairy Farmers and Farmers Union were founded before Australian Federation more than 120 years ago and some of the same families still sup-ply the Dairy Farmers brand today.

The brands acquired by Bega include:

Bega has established a dairy, drinks and foods products business with operations now spanning all of Australia from coast-to-coast.

The home of Bega remains on the south coast of New South Wales, our footprint now stretches north along the east coast of Australia to Sydney and the Atherton Tablelands of Queensland and then west to Victoria, Tasmania, South Australia and Perth in Western Australia.

Bega now has 20 manufacturing plants in all states and the Australian Capital Territory, an increase of12 plants that produce a range of milk, juice and dairy branded products on the previous Bega footprint.

The Bega dairy farm and fruit growing supplier base has also grown following the acquisition. “We now have a broader and stronger manufacturing base across Australia, and this will provide us with greater flexibility and security as we grow the business,” Mark McDonald, Bega’s Executive General Manager Beverages Operations, said.

The Bega Cheese Limited story started in the 1850s when farmers in the Bega Valley of NSW began to produce and sell dairy products collectively. Rapid growth through the 1980s and 1990s has doubled the company’s production capacity and expanded its distribution network as more products were sold outside NSW.

Bega has further expanded throughout the 2000s, buying Tatura Milk, Kraft Strathmerton and Murray Goulburn’s Koroit factory. The company moved into the food consumer branding grocery business buying VEGEMITE and Peanut Butter and the Peanut Company of Australia in 2017.

The purchase of Lion’s Dairy & Drinks in 2020, makes Bega Cheese Limited the second largest milk processor in Australia at 1.7billion litres per year and expands its product range, manufacturing and distribution infrastructure and brand portfolio.

The Bega Co-operative Creamery Company was established in 1899 to market their products. The first factory opened in 1900.

In 1920, the original co-op store was bought and in 1924 the butter factory was built on its present site at Lagoon Street, Bega.

The company changed to The Bega Co-Operative Society Limited in 1944 and by 1954, Bega manufactured a wide range of milk products and delivered fresh milk to nearby towns. Cheese was made at the site and two years later, the Lagoon St site started milk powder production.

The Canberra branch opened in 1960 and in 1969 a new cheese factory was built to manufacture Kameruka brand cheese two years later.

In 1972 Bega amalgamated with ABC Cheese Society at Tilba. By 1985, redevelopment of the Canberra factory was completed and arrangements were made with Bonlac to market Bega Cheese in other states.

In 1987, Bodalla Co-operative closed and suppliers transferred to Bega.

The Bega Cheese Heritage Centre, recreating the original butter factory, was built in 1994 and in the same year, the Cooma and Snowy Mountains milk processing business was acquired, and Bega started exporting cheese.

The Cheese Cutting, Packaging and Processing Plant was constructed and commissioned in Ridge Street, Bega in 1998 and was officially opened by then NSW Premier, Bob Carr. This state-of-the-art plant services the domestic and international markets for value added Bega Cheese consumer products.

In April 2001, the marketing function in Australia for the Bega brand was franchised to Bonland Dairies Ltd, a joint venture between Bonlac and the New Zealand Dairy Board and packing operations in Melbourne transferred to Bega during 2001 and 2002.

The Bega Co-operative Society Limited changed from a co-operative to an unlisted public company, known as Bega Cheese Limited, in 2008. In the same year, Bega bought a cheddar and mozzarella manufacturing site in Coburg, Victoria capable of producing over 10,000 mt of bulk product. Bega became more involved in acquisitions from 2009, buying the former the Kraft cheese processing plant at Strathmerton and then taking a 15% stake in Warrnambool Cheese and Butter Company.

In 2011 Bega Cheese Limited became a listed company on the ASX and bought the remaining 30% of Tatura Milk Industries Limited.

By 2017, Bega had 16% of the Australian cheese market with over 1,700 employees working in five manufacturing facilities in Victoria and NSW.

Bega also bought most of Mondelez International’s grocery business in Australia and New Zealand, bringing Vegemite back into Australian hands. It had been owned by Kraft since 1935. Bega also acquired Peanut Company of Australia Limited (PCA) to ensure local supply of peanuts for its peanut butter brand.

In 2020, Bega bought Lion Dairy & Drinks, expanding its product range, manufacturing and distribution infrastructure and brand portfolio. The acquisition was completed in January 2021. 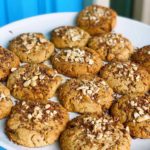 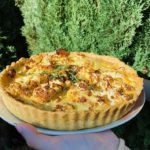